10 Popular types of cakes that will make your mouth water

There are many varieties and types of cakes, and most people like a good homemade cake. However, we all have our favorite cakes.
For some, it may be a simple 3-ingredient cake, and other people prefer a cake topped with fruit and whipped cream. 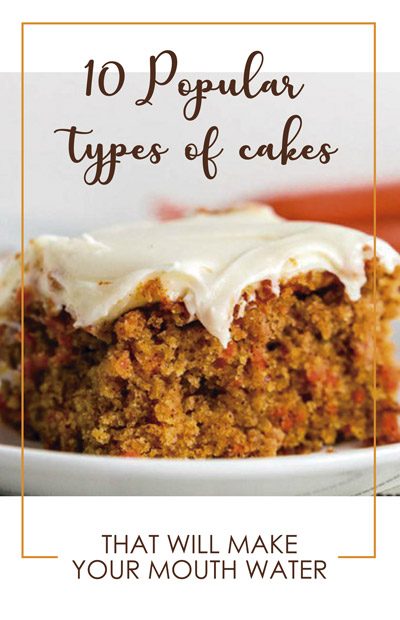 Regardless of your preferences, it is good to know the facts when it comes to different types of cakes. 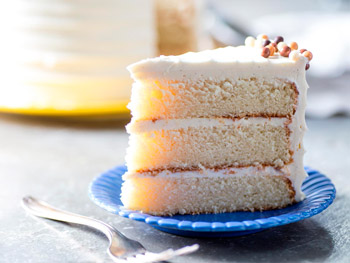 Any recipe for a cake that begins “cream butter and sugar” is a butter cake. After the creaming, you add eggs to aerate the batter a bit, flour (and sometimes another liquid, like milk) to give it structure and texture, and baking powder or baking soda to ensure that it rises in the oven. Different types of cake batters within the butter cake family include chocolate, white, yellow,and marble; for white and yellow cakes, coloring typically depends on whether they have whole eggs, or extra egg yolks in them (yellowcake) or egg whites only (white cake). 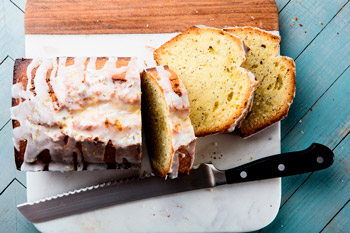 This cake gets its name because of how its ingredients can be measured: a pound of butter, a pound of sugar, a pound of eggs, and a pound of flour. The cake itself is hugely dense since it doesn’t rise as much as the American-style butter cake. Because of its richness, pound cakes typically have light flavors and are served plain or topped with a basic glaze. They’re normally baked in a loaf or Bundt pant. Pound cake variations include some coffee cakes, sour cream cakes, and fruit crumb cakes. 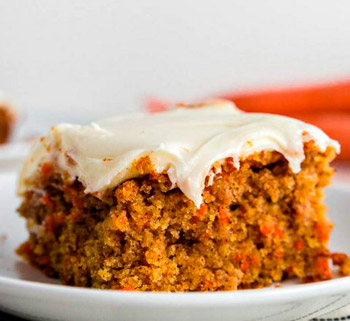 Carrot cake uses the leavening practices of butter cake, but instead of butter, it uses a neutral oil like vegetable or canola oil. For this reason, it will keep a little longer than butter cakes but can sometimes come out on the greasy side. (The process is pretty much the same: instead of starting out beating butter and sugar, you start out whipping eggs and sugar, then add oil.) 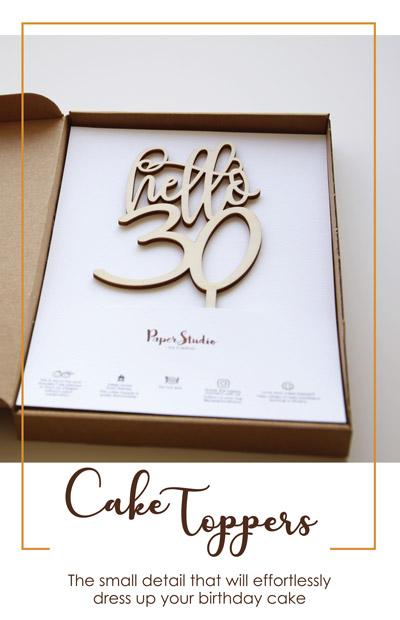 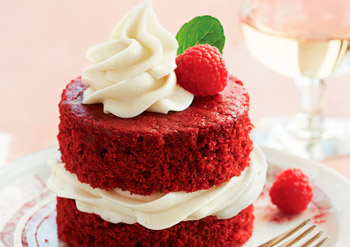 There’s no doubt about it—red velvet is a fan favorite. It’s basically butter cake, but frequently it’s made with oil instead. The distinct red velvet flavor comes from the added cocoa. Initially, the reaction between buttermilk and raw cocoa gave the cake its red hue. Today, the color is mostly the result of food coloring. 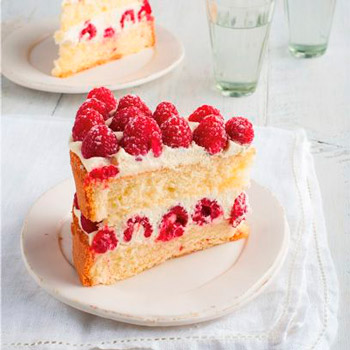 In Italy and France, a sponge cake is called genoise. In genoise, whole eggs are beaten with sugar until they’re thick and ribbony, and then flour (and sometimes butter) is added, and the batter is baked; the result is terrific baked in a round cake pan and simply frosted, but genoise is also pliable enough to be baked in a jelly-roll pan and rolled up into a roulade.

Genoise lacks much assertive flavor of its own, but it is often used to construct layered or rolled cakes when a lighter texture than a butter cake is desired. To add flavor and moisture, genoise cake layers are always moistened with a flavored syrup, and they are often sliced into thin horizontal layers and stacked with rich fillings such as buttercream. These layer cakes, typical in the coffeehouses of Europe, are called “European-style” to distinguish them from American-style butter layer cakes, which generally have fewer, thicker layers. 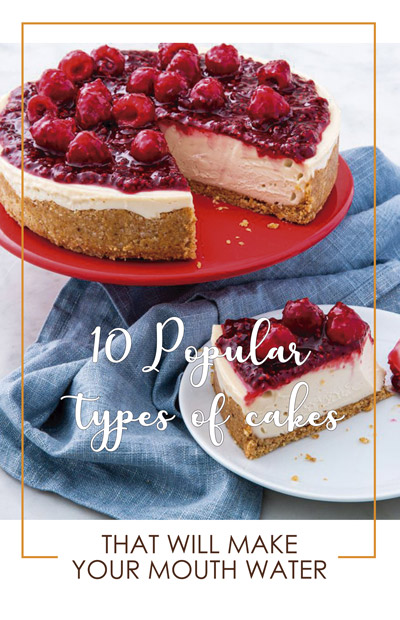 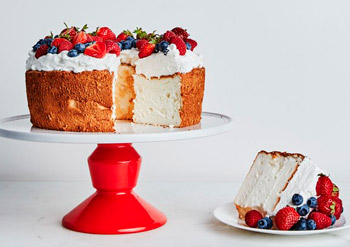 Angel food cakes are made with egg whites alone and no yolks. The whites are whipped with sugar until very firm before the flour is gently folded in, resulting in a snowy-white, airy, and delicate cake that marries beautifully with fruit. Most angel food cakes have a spongy, chewy quality derived from their relatively high sugar content and the absence of egg yolks. Baked in ungreased two-piece tube pans, angel food cakes are cooled by being inverted, since this type of cake would collapse if cooled right-side-up in the pan or if removed from the pan while still warm. There’s also no butter here, so the cake is fat-free. 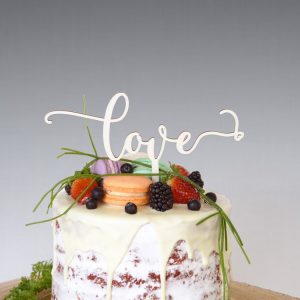 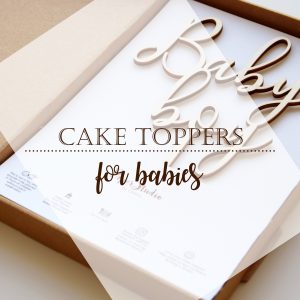 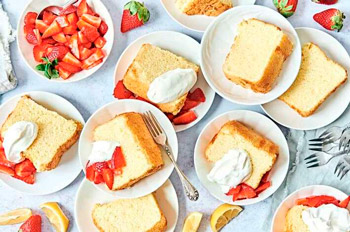 This classic American cake is a cross between a cake that has been shortened with oil and a sponge cake. The recipe includes both baking powder and vegetable oil, but like many types of sponge cake, the eggs are separated and beaten before being folded into the batter. All of this gives you the rich flavor of an oil cake, but a lighter feel of a sponge cake. It’s typically drizzled with a glaze or frosted with a lighter frosting. 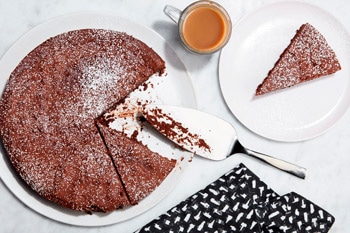 These include baked cheesecakes and flourless chocolate cakes. For easy removal, they’re often made in a springform pan, though some can also be made in regular round layer cake pans. Often the filled pan is placed in a larger pan that’s half-filled with water to insulate the delicate, creamy cake from the oven’s intense bottom heat, which might give the baked cake a porous rather than silky texture. This is called baking the cake in a water bath.

You can make this flourless chocolate cake with just three ingredients. 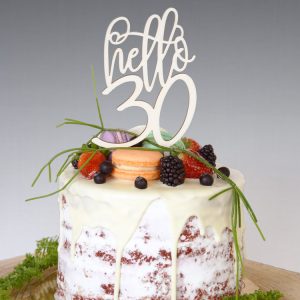 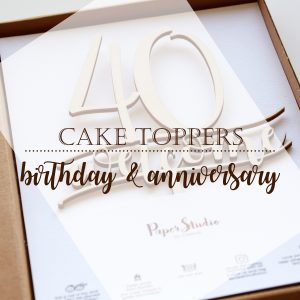 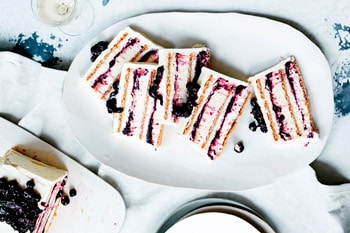 This includes unbaked cheesecakes, mousse cakes, or any type of cake that is typically molded in a dessert ring or springform pan before chilling and unmolding. These types of cakes often have a crust that’s baked before the filling is added. Try layering them with genoise or biscuit for a decadent treat that is perfect for summer. 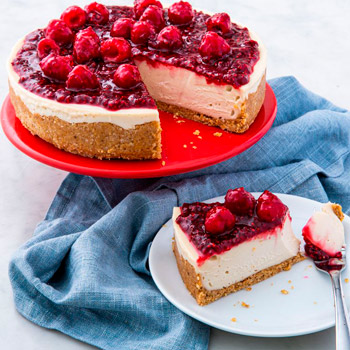 Cheesecake is originally from Greece and has a base made from crushed cookies, which is then topped with thick luscious soft cheese, eggs, and sugar.

How to say “No kids at the wedding”
3 Must-Know Actions, You Should Know, Before Buying Your Wedding Invitations
What Time of Day Should You Get Married?
5 Powerful Secrets to more Intimate with your Partner.
10 Steps to a Better Engagement Ring Selfie
7 Signs that You’re Ready For Marriage
6 Things to do With Your Flowers after the Wedding

This site uses Akismet to reduce spam. Learn how your comment data is processed. 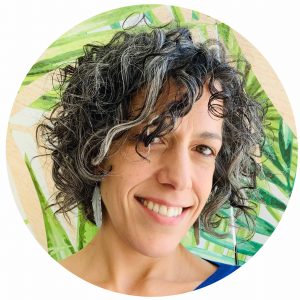 Hi, I’m Cristina, the founder and creator of all my wedding invitations and stationery. I’m inspired by the rustic and outdoor wedding styles.

Here on my blog, I share a behind the scenes, business, and creative process, including new stationery.

Want more? You can find my wedding invitations and stationery in my online store!

Alexandra and Nicholas will marry in Portugal this

February, it's the month of love! ⠀ That's why w

Creating your invitations is more than working on

3 designs available for these Magnet Tile Save the

Creating these invitations, it's not magic and tak

Are you a fan of monograms? ⠀ Did you know that

I remember the day I dreamt and wished to buy the

💘 The best achievement ever 💘 ⠀ #saturdayq

Mary Jo and Robert wanted to give a touch of blue

GET YOUR FREE WEDDING PLANNER 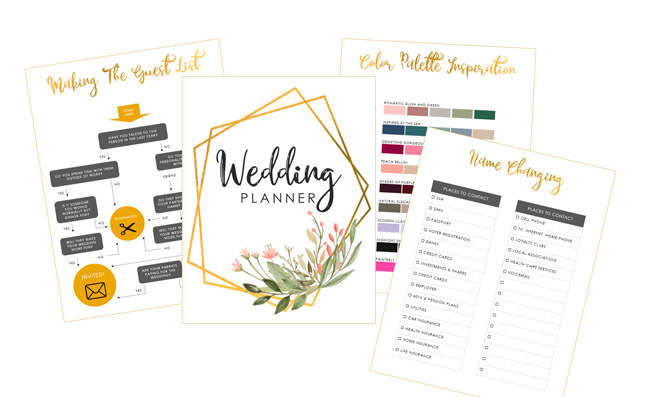 PaperStudio site uses cookies to ensure that you get the best experience on our website, optimize site functionality and performance, analyze site traffic, personalize content, and serve targeted advertisements. If you continue to use this site we will assume that you are happy with it and accept the use of cookies. Read about how we use cookies by clicking on Privacy Policy